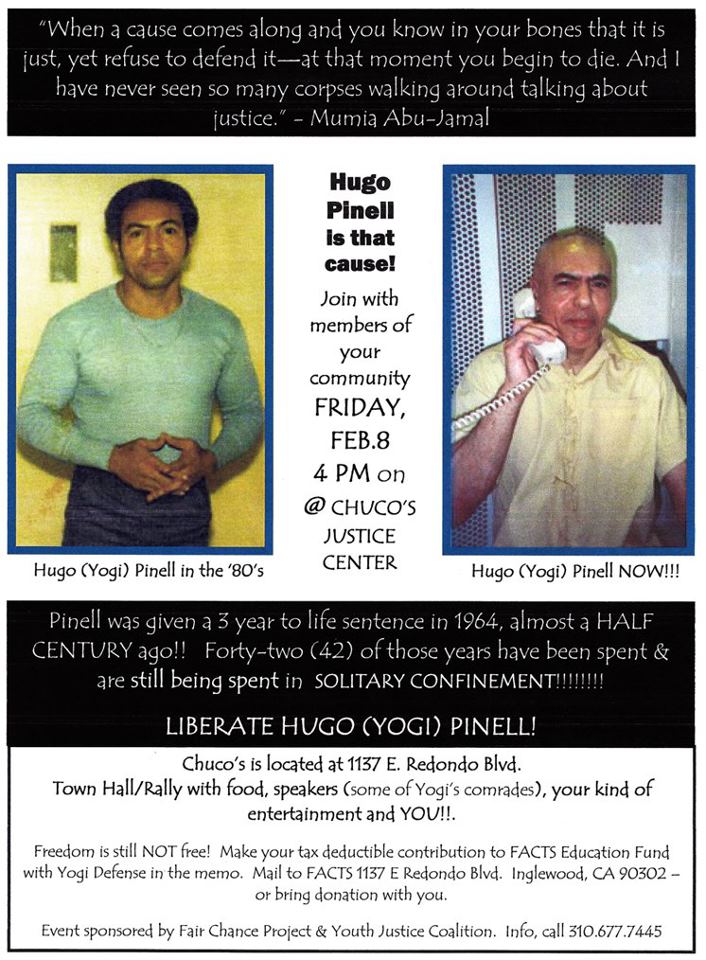 I heard about Yogi, while incarcerated in Old Folsom sometime in 2002, after I met Comrade George Jackson through his book, “Blood in My Eye”.  I was eager to know more about Comrade George, so I sought as much literature and info on him, and others like him.  Eventually I found out about The Soledad Brothers and the San Quentin 6.

Manuel la Fontaine, proud member of All of Us or None